We have all been hearing a lot of buzz about organic foods and there has always been a question on its safety and its acceptance by the Indian Consumers. There are many misconceptions on its consumption in the people’s mind and makes it difficult for them to make a wise choice.

Let us first understand what does “Organic” actually mean?

The term “organic” refers to the process of how certain foods are produced. Organic foods are grown or farmed without the use of artificial chemicals, hormones, antibiotics or genetically modified organisms. In order to be labelled organic, a food product must be free of artificial food additives. This includes artificial sweeteners, preservatives, colouring agents, flavouring agents and monosodium glutamate (MSG).

Organically grown crops tend to use natural fertilizers like manure to improve plant growth. Organic farming tends to improve soil quality and the conservation of groundwater. It also reduces pollution and may be better for the environment. Organic farming features practices that cycle resources, promote ecological balance, and conserve biodiversity.

This is the biggest misconception, people have built in their mind that organic and natural are one and the same.Well, this is not really true.  “Natural foods” are often assumed to be foods that are minimally processed or do not contain any food additives, or do not contain particular additives such as hormones, antibiotics, sweeteners, food colours, or flavourings that were not originally in the food. For instances foods containing natural flavours, sweeteners, or other plant-derived substances can be labelled natural. A broadly accepted definition for Natural foods is “a product containing no artificial ingredient or added colour and is only minimally processed”.

Here is a picture by USFDA, depicting the difference between Organic & Natural Foods. 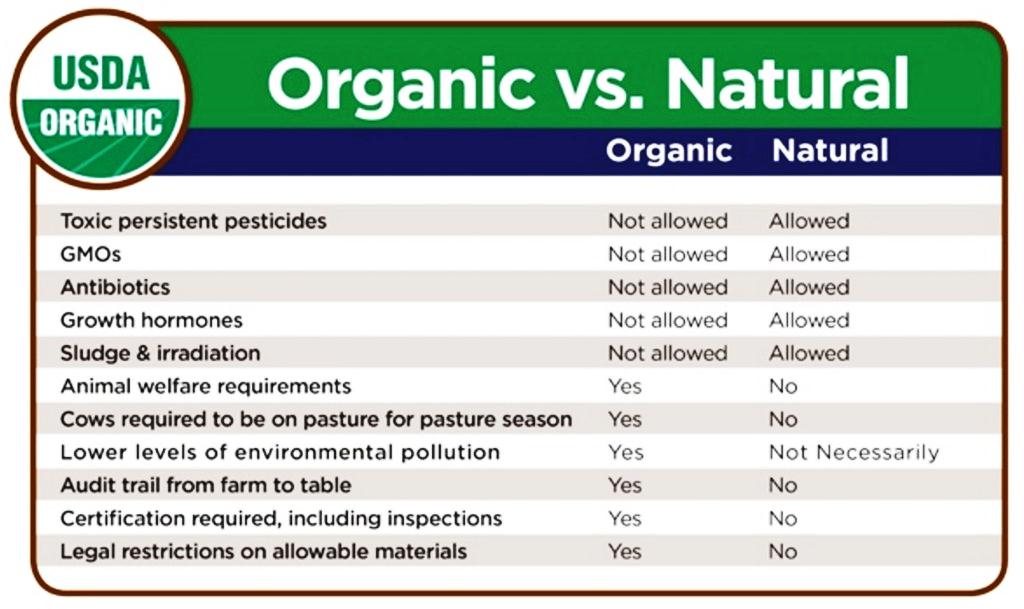 Reviews of multiple studies show that organic varieties do provide significantly greater levels of vitamin C, iron, magnesium, and phosphorus than non-organic varieties of the same foods. While being higher in these nutrients, they are also significantly lower in nitrates and pesticide residues. In addition, with the exception of wheat, oats, and wine, organic foods typically provide greater levels of a number of important antioxidant phytochemicals (anthocyanins, flavonoids, and carotenoids). Although in vitro studies of organic fruits and vegetables consistently demonstrate that organic foods have greater antioxidant activity, are more potent suppressors of the mutagenic action of toxic compounds, and inhibit the proliferation of certain cancer cell lines, in vivo studies of antioxidant activity in humans have failed to demonstrate additional benefit. Clear health benefits from consuming organic dairy products have been demonstrated in regard to allergic dermatitis.

How to identify if your food is organic?

The Jaivik Bharat logo for Organic Food is an identity mark to distinguish organic products from non-organic ones supported with the tagline “Jaivik Bharat” at the bottom, which signifies Organic Food from India.

ively intertwining all the elements of environment, the logo communicates adherence to the National Organic Standards.

The benefits of organic food

What holds back the adoption of organic foods?

The final takeaway would be –

The organic food production market is guided by the needs and demands of the consumers. Today’s consumers are becoming aware of recent trends in food market and the safety of foods. Their purchase is depending more on their lifestyle and health-consciousness. Moreover, their increased spending ability is enabling them to adopt the current trends.

The market for organic foods has come a long way over the years and is growing, as the number of people willing to eat organic food and the attitude towards organic food products is increasing. It has been observed that the organic foods have been making its way in the average Indian household slowly but steadily. 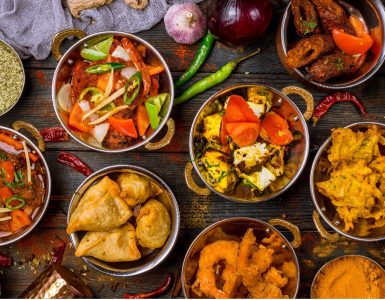 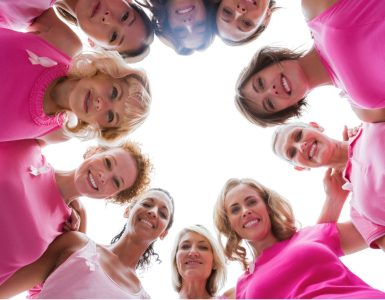 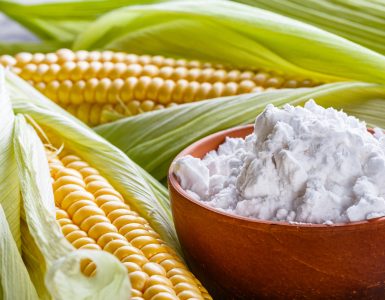