Over 200 years ago, during the beginning of Napoleanic wars, the French government offered a reward of 12,000 francs to anyone who could devise a cheap and effective method of preserving large quantities of food. As Napolean waged wars trying to conquer neighbouring countries, he wanted to supply his army with plenty of good preserved food so they could continue to fight without complaints. Fighting wars far away from home requires a supply of food which is delivered without spoilage.

A French confectioner Nicholas Appert won this award. He observed that food packed in a sealed container, when heated for an adequate time, did not spoil and lasted a long time provided the seal did not leak. He also standardised different durations of heating for different foods. He developed the method using glass jars. The reason for food not spoiling was not known at the time.  It was only after half a century that Professor Louis Pasteur had to explain the phenomenon that food was spoiled by bacteria. Since these are killed by heat, as long as the seal prevented contamination by outside bacteria, food did not spoil.

The French could not perfect the method to preserve large amounts of food and transport it to distant troops. However, this method was used by many European countries after the war. It was modified using metal containers called cannisters or cans instead of glass and sealing was perfected by seaming rather than the soldering that was used earlier. Instead of using boiling water for heating, high pressure steam at much higher temperatures was used. The process was thus used not just in Europe, but in the US too, where it became a commercial success. 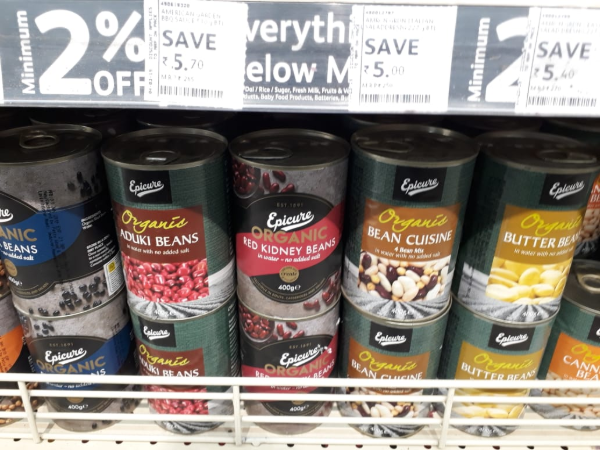 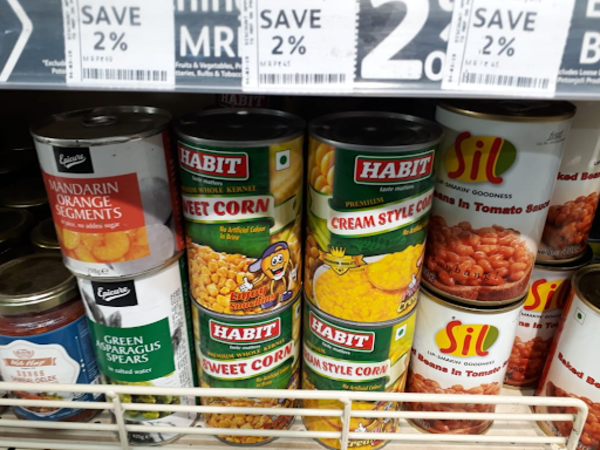 Foods- whether meat, fruits & vegetables, milk or grains & pulses and their products contain microbes on them naturally. When conditions are conducive for their growth, microbes grow and spoil the food. Milk for example contains many bacteria and if kept at room temperature, will get sour. If kept at refrigerated temperature, it will take a day or two; as at that temperature their growth is very slow, but still enough to spoil it. If milk is boiled, large proportion of the microbes are killed, but not all. When it is kept at room temperature again, the remaining microbes grow into a larger number and will eventually spoil the milk.

Water activity also affects destruction. At lower water activity with higher soluble material, microbes are more difficult to destroy. Microbes forming biofilm are also protected by it. Certain additives such as nisin and sodium pyrophosphate increase the lethality of heat. These factors may be considered while designing a thermal process for destroying microbes in foods. 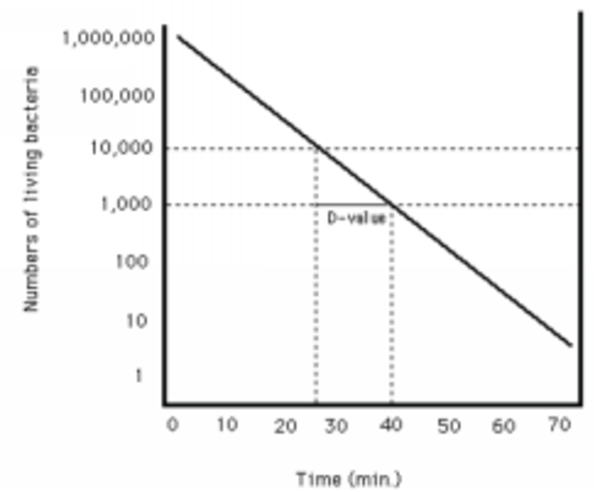 The entire population of microbe is not instantly killed when heat is applied, but a proportion is destroyed when heat is applied at particular temperature for a particular time. For example, when milk is heated at 90°C for 5 min, 90% are destroyed. When further heat at same temperature for 5 min is applied the remaining 10% do not disappear but again 90% of the remaining are destroyed and so on. Thus if we start with say 10,000 cells to begin with, the first 5 minutes destroys 9,000 cells with 1,000 remaining. The next 5 minutes destroy 900 with 100 remaining and third 5 minutes destroying 90 with ten remaining, and so on. If one uses higher temperature, then the time needed to kill 90% will be reduced. 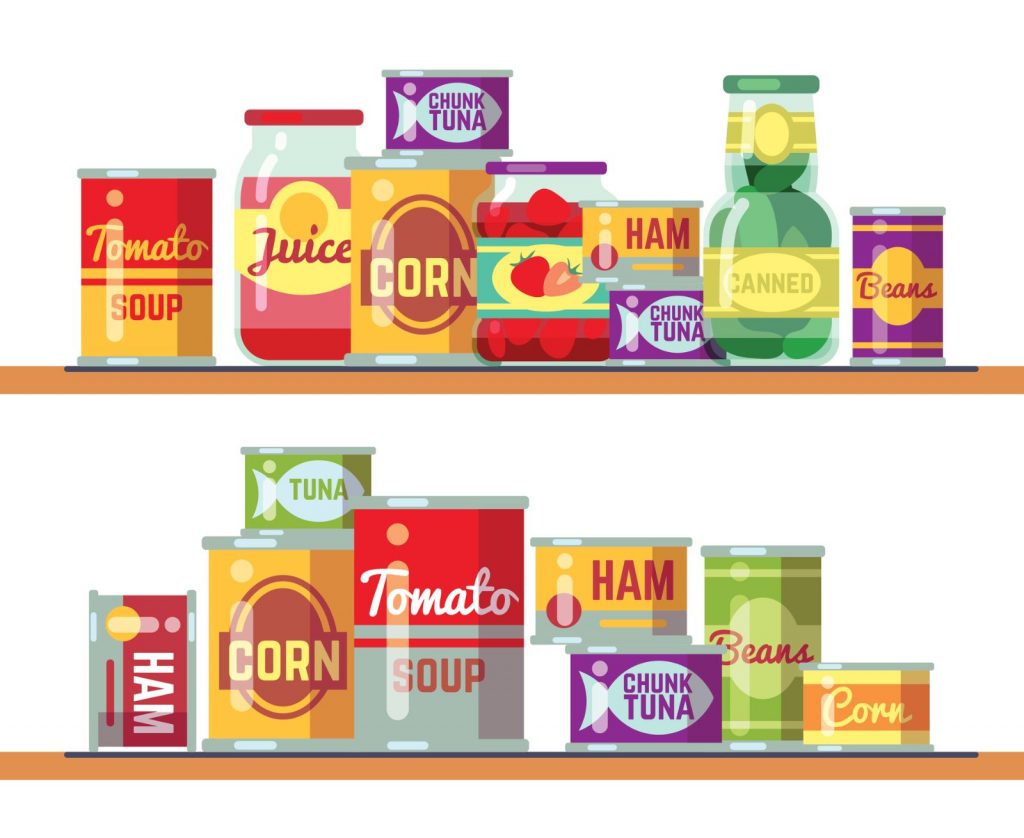 Canning is a batch process. Product is filled in a metal cannister with the lid loosely kept on top. It is then passed through exhaust box or steam chamber to remove air in the can. As it comes out, the can is sealed by double seamer to make it airtight. Now no microbe can enter it. It is then heated in a retort at temperatures much higher than the boiling point of water, by steam under pressure. This destroys the microbes in the can. Process temperature and durations are chosen such that those which cause spoilage and those causing diseases are destroyed completely. There may be some aerobic microbes (needing oxygen for growth) surviving, but they cannot grow as there is no oxygen in the can as it has been removed by steam sweeping out air during exhausting. Since outside microbes cannot enter can, the food is safe. 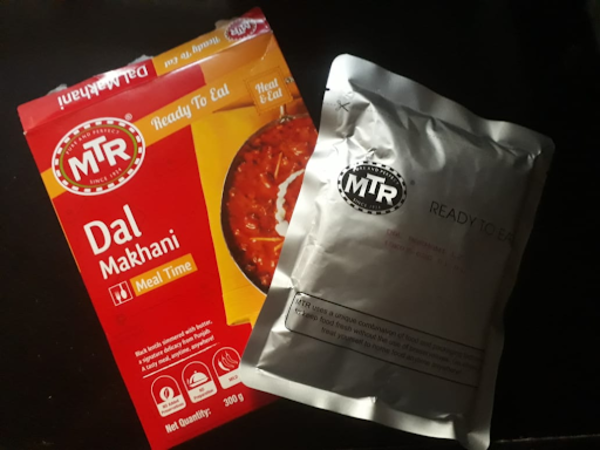 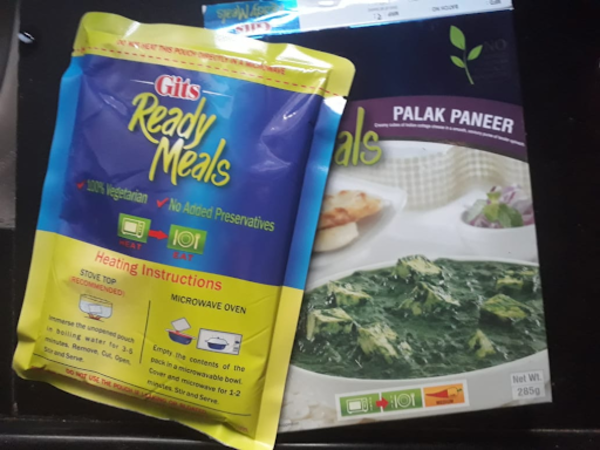 Although glass jars were original containers of canned food, they were replaced by metal containers because of breakage. However, even today, home cooked canned food is packed in glass jars and as you can see the product it has the aesthetic appeal. Most of the canned food is however packed in metal. More recently flexible plastic and metal laminates are available that can withstand high temperature and pressure, so ready-to-eat meals are packed in such and thermally processed like cans. They could be kept at room temperature and when needed they may be put in boiling water to heat and then consumed. There are also different means of heating including microwave and electric pulse etc. The global canned food market is worth over 100 billion dollars and is steadily growing.