Have you ever wondered what the secret of your Grandma’s kitchen was? That one magical ingredient that not only played its wise role in the tadka of a food, but also in quick healing of the cuts and burns she had. Here the talking is all about the sunny super spice Turmeric.

Turmeric also traditionally known as Indian saffron is a flowering plant, the roots of which are used for cooking. Being from the ginger family it appears like a ginger in its fresh form, however it is usually used in its dried powdered form. Turmeric is used widely as a spice in South Asian and Middle Eastern cooking. 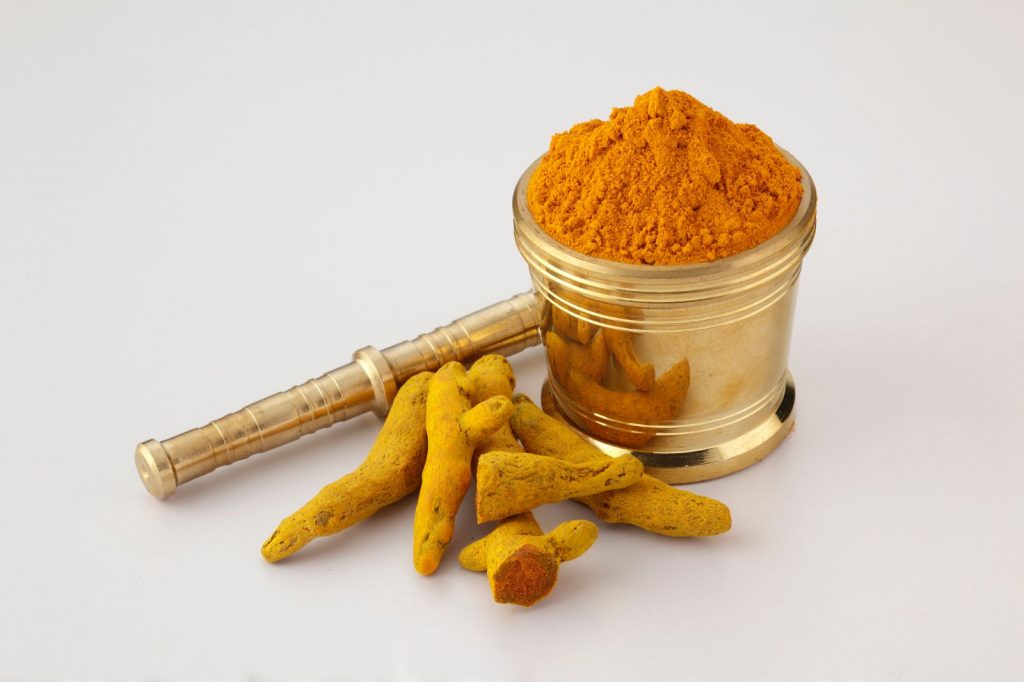 It has a typical earthy aroma and imparts a pungent flavour to the foods. It is used in many products such as canned beverages, baked products, dairy products, ice cream, yogurt, yellow cakes, orange juice, biscuits, popcorn colour, cereals, sauces, and gelatine for imparting a golden yellow colour. 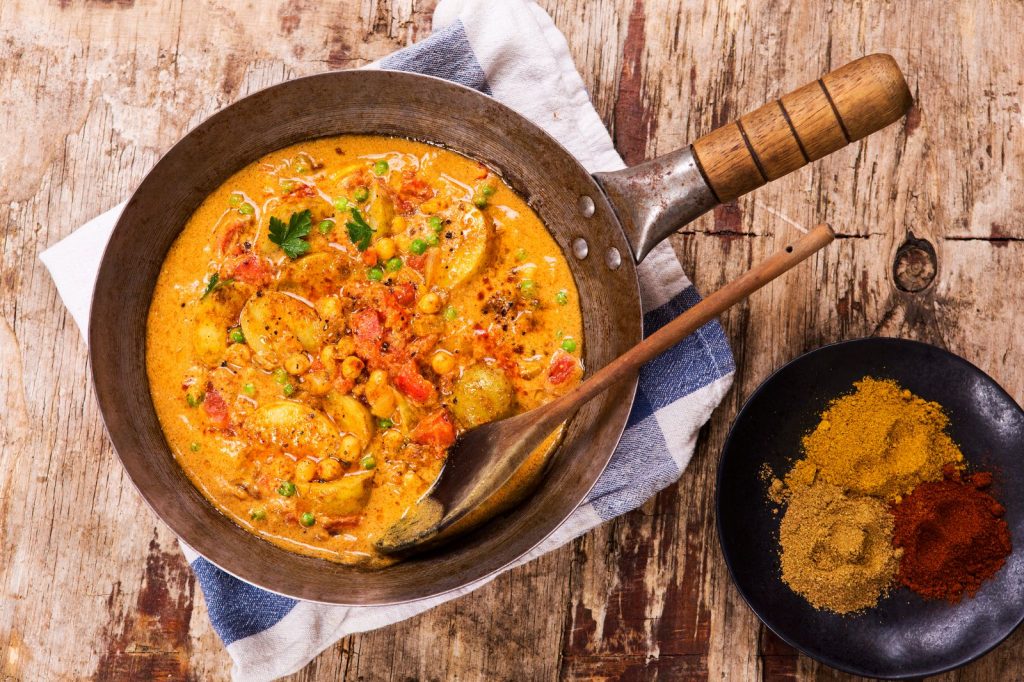 Turmeric has been used in Asia for thousands of years and is a major part of Ayurveda, Siddha medicine, traditional Chinese medicine, Unani.  Its use dates back nearly 4000 years back as a condiment, healing remedy and textile dye and since then it is used for various purposes including religious ceremonies.

Turmeric contains 3-6% polyphenolic compounds, collectively known as curcuminoids, which is a mixture of curcumin, demethoxycurcumin and bisdemethoxycurcumin which are found to be natural antioxidants. The chemical compounds diaryl heptanoids are responsible for the colouring matter in turmeric. Curcumin containing turmeric powder is obtained by digesting turmeric in boiling alcohol, filtering and evaporating the solution to dryness, the residue being digested in ether, filtered and evaporated.

Turmeric is believed to have a number of medicinal properties. In ancient times, it was extensively used for healing the cuts and the burns due to its quick healing property. The constituents of turmeric mainly the Curcumin and essential oils have shown a wide spectrum of carrying out therapeutic actions. It is known to have anti-inflammatory, antioxidant, anticarcinogenic, antibacterial properties. It has been used for curing eczema, chronic sinusitis (inflammation of the sinuses), cough, anemia and fever. It is also believed to improve the skin complexion and act against urinary disorders. It is also used for healing the bruises, leech bites, eye infection, inflammation of the oral mucosa, inflammatory skin conditions and infected wounds. 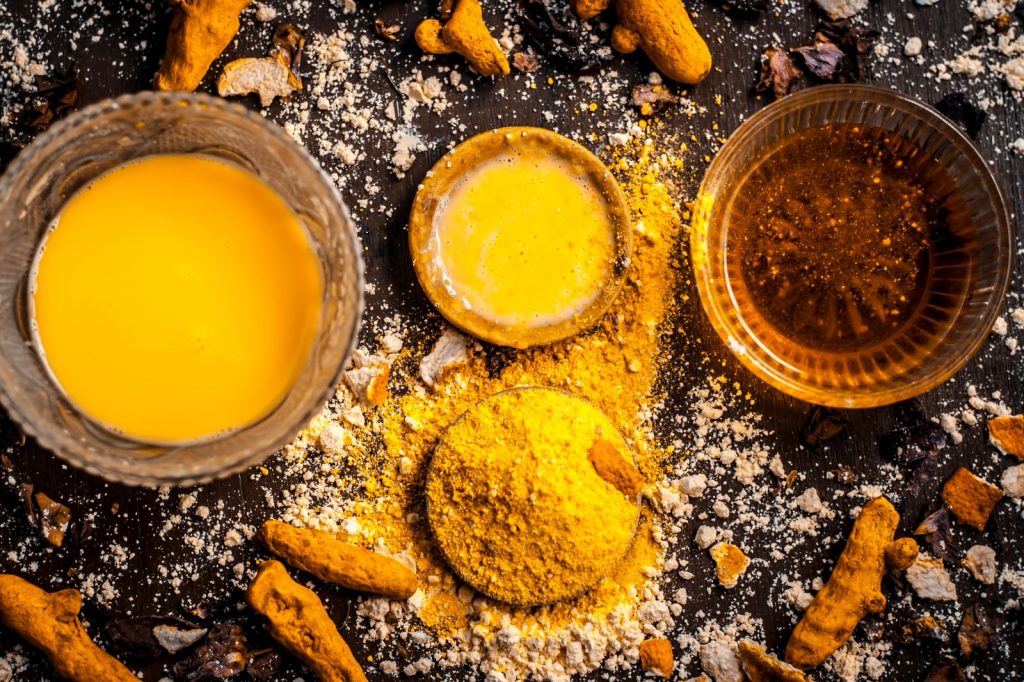 Bacterial infections are proven to provoke asthma attack. Turmeric extracts have shown antibacterial activity against the bacteria that cause upper respiratory infection. In a study, the application of turmeric powder over septic as well as aseptic wounds in rats and rabbits enhanced the process of healing up to 23-24 per cent in both the wounds.

Turmeric possesses anti-inflammatory property. Turmeric has been very popularly used for centuries in Ayurvedic medicine for treating the inflammatory disorder arthritis. This forms the basis of dietary supplements today for treating and preventing arthritis. 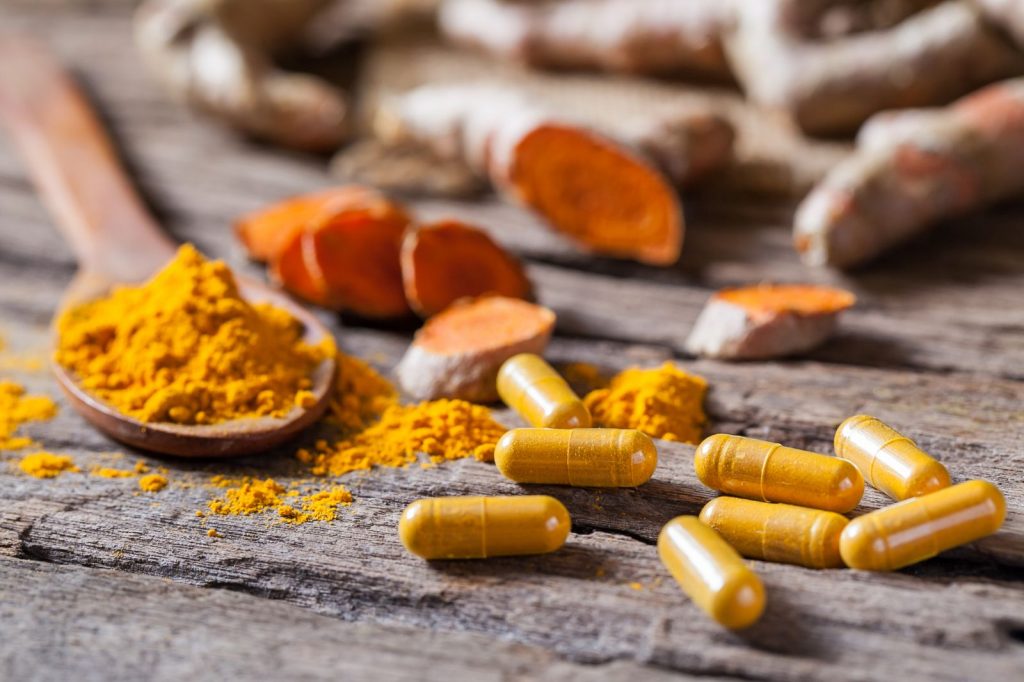 A preliminary trial in people with rheumatoid arthritis has indicated Curcumin to be somewhat useful in reducing inflammation and symptoms. It has been proven by studies that curcumin is useful in reducing inflammation and symptoms such as pain and stiffness. Administration of essential oil extract of turmeric inhibited almost 90 per cent joint swelling in female rats with induced arthritis.

Turmeric is also an antacid and in small doses acts as a saviour against gastrointestinal disorders. Curcumin is added in the meals when there are ulcers, to avoid possible stomach and intestinal ulcerations. In a study, an oral dose of ethanol extract of turmeric of 500mg/kg showed significant anti-ulcerogenic activity in rats. In a human study including 106 people, effects of 500mg Curcumin 4 times daily for 7 days were reported to show full or partial relief of dyspepsia symptoms in 87% people. 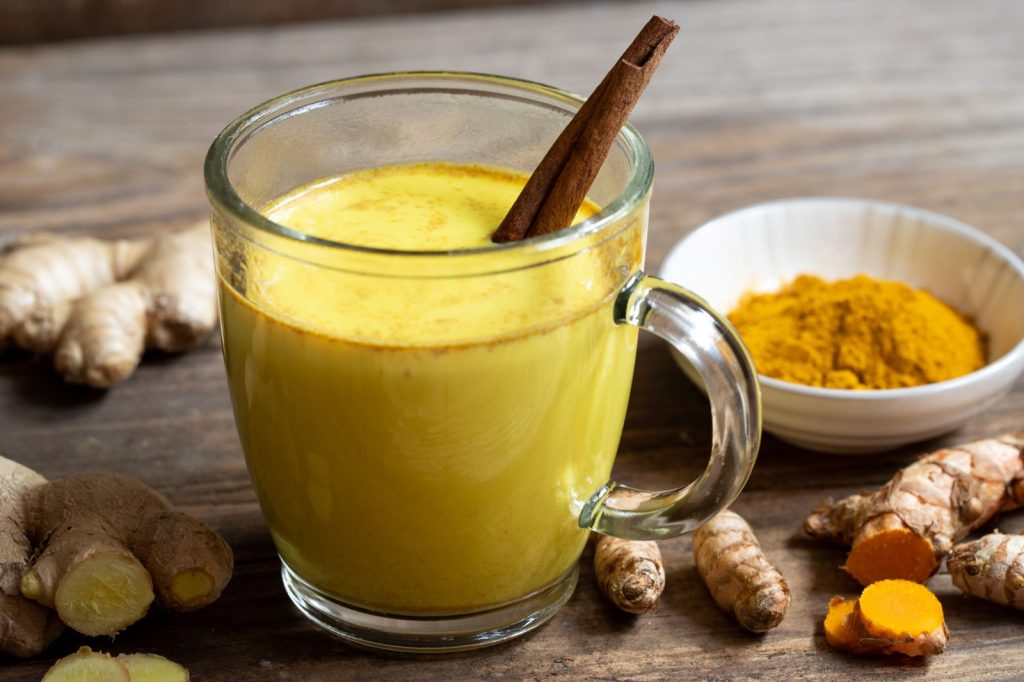 Essential oils in turmeric have been reported for its medicinal benefits in case of stroke and diabetes. The essential oil of turmeric is likely to lower the blood glucose level in diabetics. Chronic dietary supplementation of essential oil (620mg/kg/d) normalized serum glucose in diabetic mice.

Due to its array of molecular targets it has shown great potential for fighting various cancer types. It pretends to be friend of cancer cells tricking them for their own destruction. It is recommended to the cancer patients to include 2000mg to 4000mg curcumin extract with a heavy meal.

Studies have shown the ability of turmeric to reduce the clumping of the platelets together, which in turn improves blood circulation preventing blockage. In addition, it also plays a role in reducing the total cholesterol levels.

Turmeric has been consumed by millions of people since ages without any side effects. This proves that it is a safe food product and is also non-allergic. It is listed as GRAS (Generally Recognized as Safe) by the Food and Drug Administration (FDA).

According to JECFA (The Joint United Nations and World Health Organization Expert Committee on Food Additives) and EFSA (European Food Safety Authority) reports, the Acceptable Daily Intake (ADI) value of curcumin is 0–3 mg/kg body weight. Curcumin is proved to be a cheap, well tolerated and effective therapy for some diseases.