Proteins that way are unique because they not only could be used for energy, but have several critical benefits in our lives. They are essential for growth and maintenance. Our muscles, tissues, cells etc. all have proteins with functions. Enzymes are proteins and catalysts of most reactions in our body. Immunoglobulins provide immunity against infections. Haemoglobin carries oxygen to all the cells in body. There are many other functions without proteins would not be carried out. 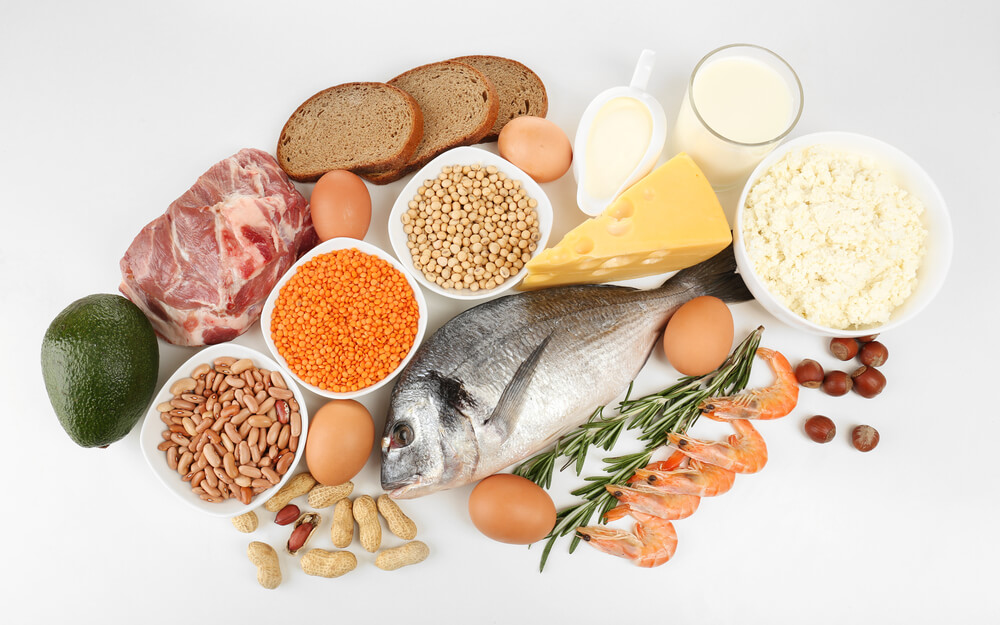 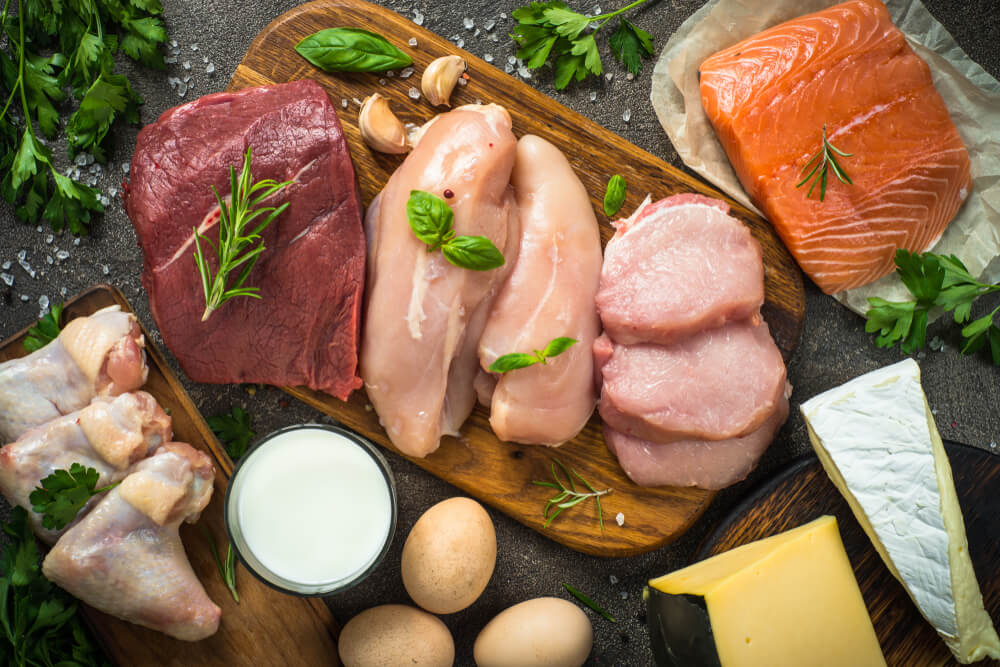 Some plant proteins are complete e.g. soya protein, while most cereal like wheat and rice or pulses like beans and peas proteins are not complete as they are deficient in some amino acids. However, mixing various proteins elevates their quality so it is always makes sense to have a diet containing varies items both from plant and animal. 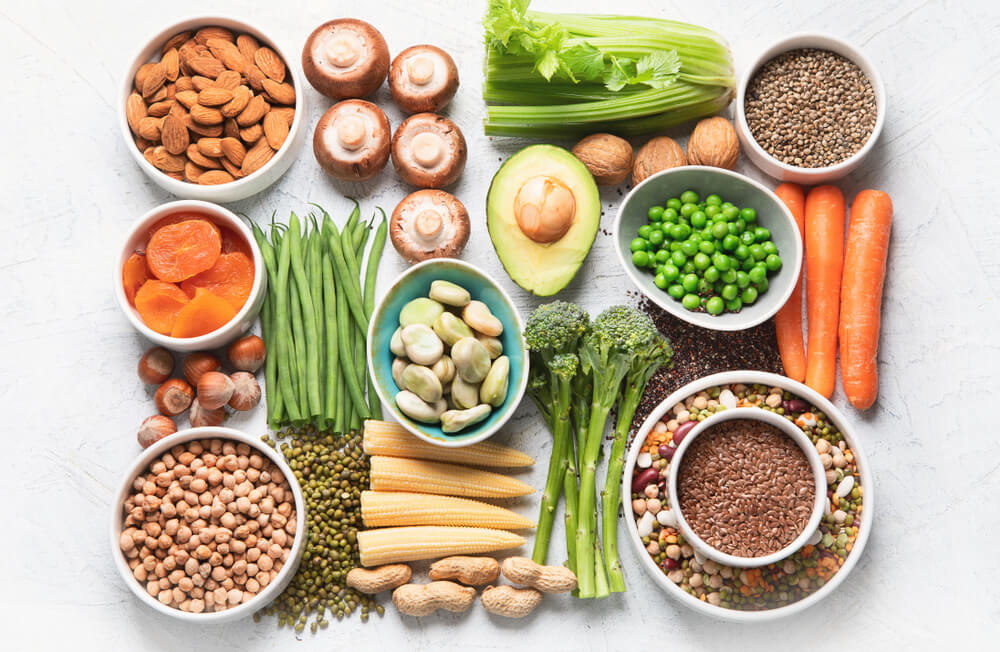 Our traditional diet used to contain all foods such as dairy products like milk and curd, grain products like cooked rice, wheat roti or bread, dal, meat, fish, poultry and eggs, vegetables curries including green leafy vegetables, fruits including apples, mango, banana and others along with some sweets. This would have adequate mix of proteins containing all essential amino acids. 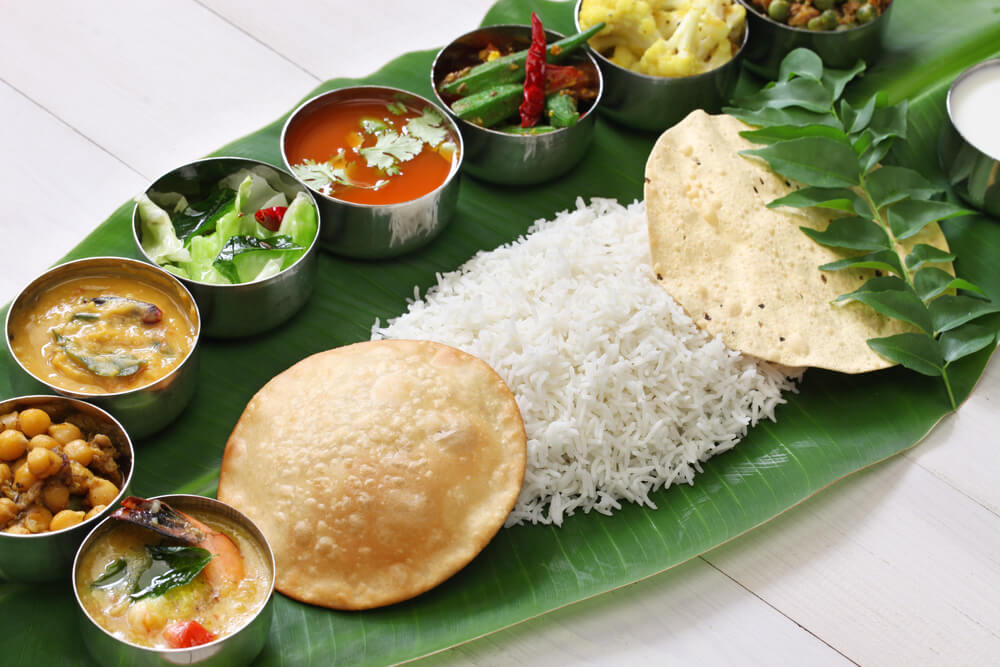 However, our diets have changed and we have just a few items which sometimes is not enough to provide our requirements of proteins with all essential amino acids. Even the quantities of protein may not be enough. Thus various surveys have shown Indians to be deficient in protein intake. This affects our children’s growth as well as physical and mental health and ability of all. We do not perform at our best if we don’t have adequate proteins as needed.

Various products have appeared in the market, which help us fill the gap. There are protein powders, which contain other micronutrients also. These could be taken after mixing in water or milk. There are tablets and capsules too. Many high protein foods are also marketed such as biscuits and cookies, protein bars and beverages, or snack items such as crisps and khakhra etc., which have higher protein contents. 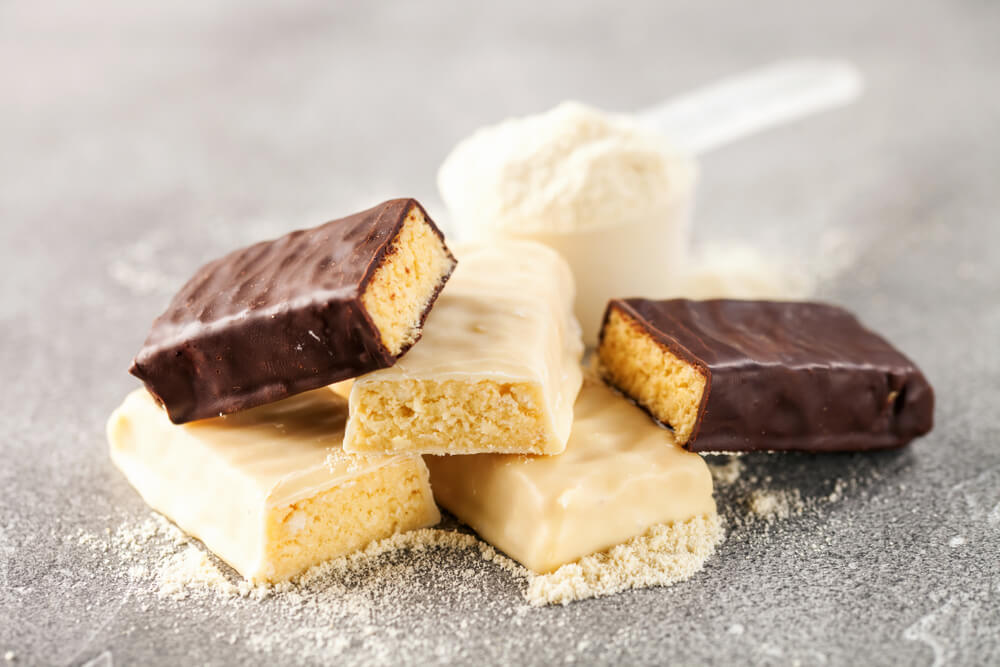 These products may be made using concentrates or isolates of protein from different sources. These are available in 50% to 90% protein forms and may be added in any form to a mix or to food products to make high protein formulation.

Most common has been the milk protein. Milk is highly perishable and after pasteurisation, it may last for a couple of days in fridge before it spoils. After the demand for bottling of milk is fulfilled, the excess milk may be dried after removing milk fat from it. Powdered milk may be then used in different formulations to prepared high protein formulation or food product. 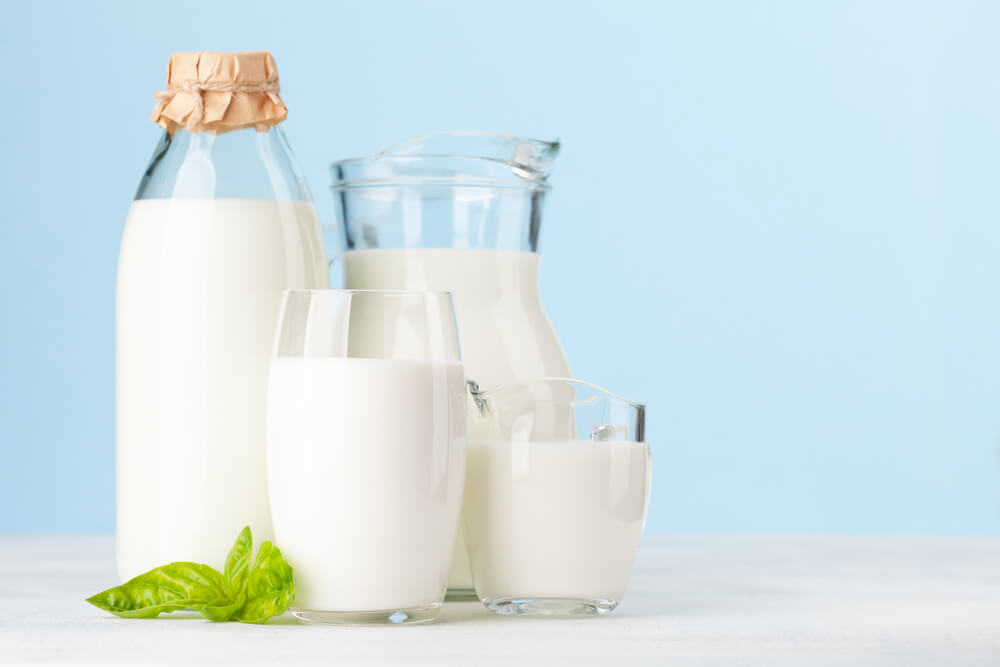 Some applications may require higher concentration of protein or different types of proteins e.g. casein or whey proteins etc. Further isolation is possible and these proteins fractions may be spray dried, or may be directly used in products.

Some of the other sources of proteins come from oil seeds like soya bean, groundnut (peanut), and more recently chickpea and peas. Oil seeds are commonly used to obtain oil from them. After soya bean oil is removed the remaining deoiled cake contains very high amount (almost 50%) protein. So this itself or more refined product may be used for fortification purposes. Since cake is a by-product, it is not very expensive. Similarly groundnut oil is removed from seeds and cake is used for high protein products. Earlier these were used exclusively for animal feed. Even today, a large proportion is still used for animal feed but significant amount is used for human food. 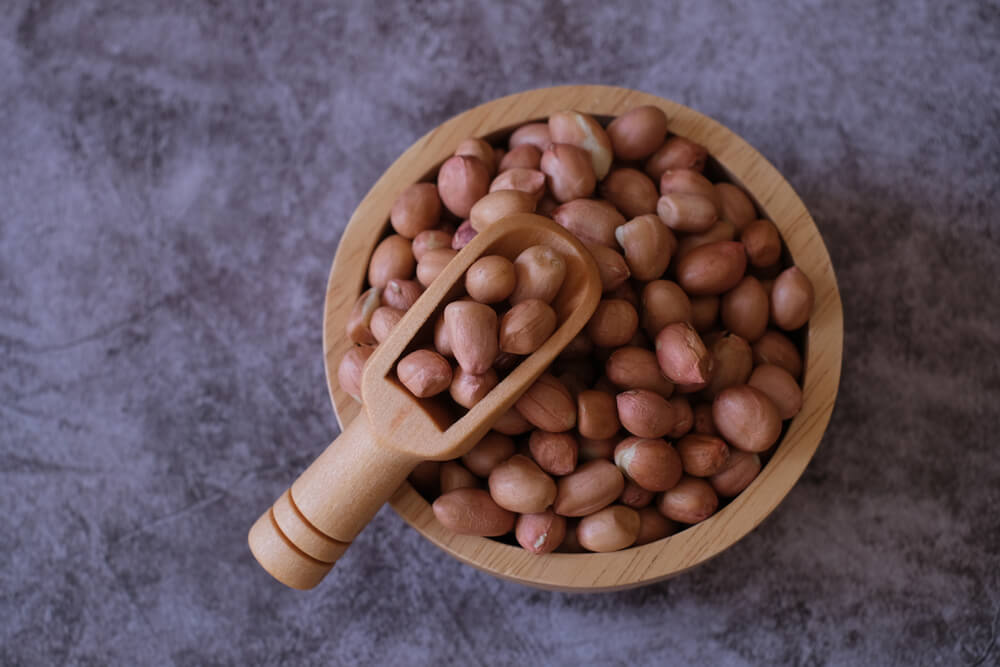 There are some other sources from leaves and other seeds like chia, flaxseeds, which have been used for making protein ingredients for fortification purpose.

Soya defatted cake can be very easily converted to soya granules or chunks by extruder. This also gives them chewiness upon hydrating with water. So it can be used for making plant-based meat-substitute products, which are currently popular. Since the cake has almost 50% high quality protein, it becomes a fairly inexpensive ingredients to make high protein food products. This can also be used for adding to different food preparations to increase the protein content of the food.

There are also many other proteins ingredients developed from other sources likes peas and chickpeas. As the awareness about the deficiency and problems increases among consumers, they demand high protein products, which are highly tasty, or the ingredients that could be easily added to their regular foods to increase the protein content without changing the taste or appearance of the original recipe. Future looks very bright for these products and we will see many such products and ingredients. 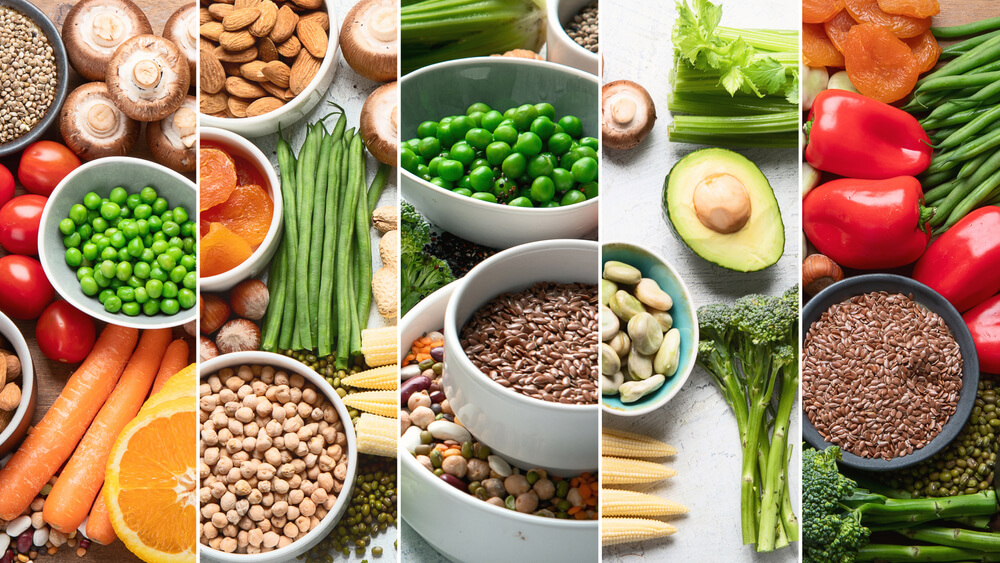 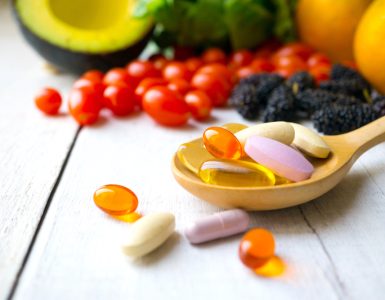