In the past, the only frozen food we enjoyed was ice cream. However, now we are

seeing all kinds of frozen foods in the market. We not only see fish, meat and vegetables which are cut, trimmed, cleaned and frozen but we also see frozen pizza, parathas, samosas, french fries and even such things as complete dinners ready to be heated in the microwave, and consumed.

Frozen foods are very convenient to consumers in terms of saving time and effort. Products such as parathas and pizza don’t just save time and effort but also avoid having the culinary expertise and knowledge necessary for preparing the food.

Fish, meat and vegetables are all perishable commodities, keeping them for long will lead to loss of their sensory and nutrition quality along with loss of microbial quality and eventually spoiling, becoming unfit for human consumption. These changes take place as the enzymes and microbes naturally present in these substances start acting the longer the food is kept. If the conditions of storage are not conducive for these changes, the rate of change will slow down. As enzymes and microbes need water, we have seen earlier that when water is removed by drying these changes will slow down or stop for a long time. Similarly they also need temperature suitable for their growth and so if you lower the temperature their rate of growth and activity will slow down and at sufficiently low temperature they will stop for a long time. 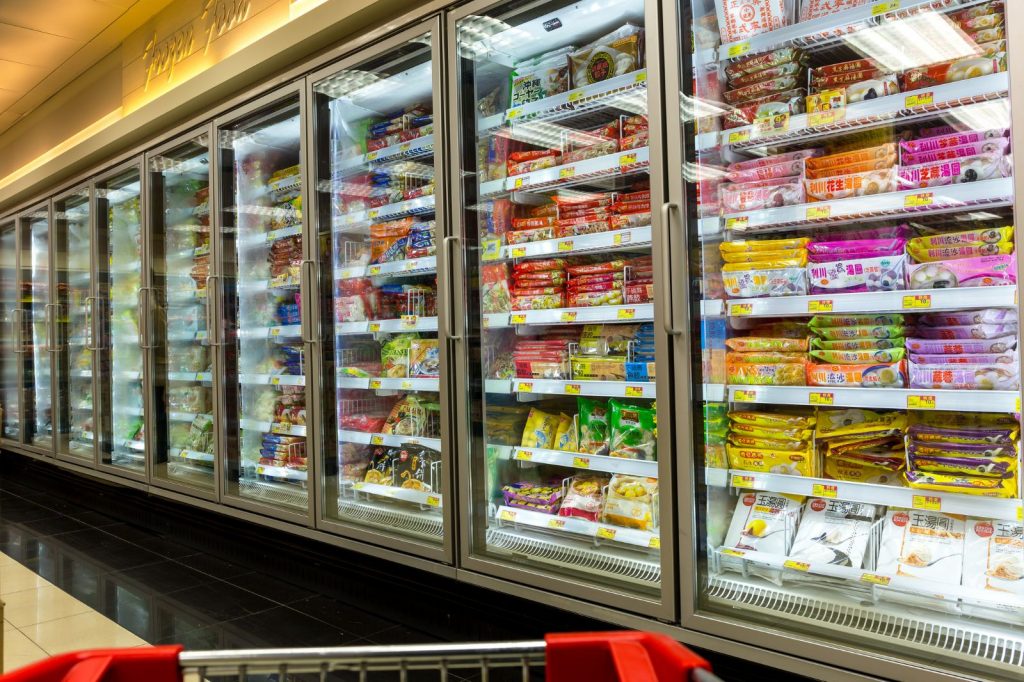 Comparison of chilling or refrigeration with freezing

This is also called chilling. Freezing is usually referred to temperatures below 0°C at which water freezes. Commercial food is best frozen at -18°C. One must remember that although freezing almost stops all microbial activity in foods there are still some microbes which can grow at extremely low temperatures although at a slow rate. So, even frozen foods have limited shelf lives.

As most microbial and biochemical processes are slowed down drastically, food does not undergo much changes. However, there are some other changes that may take place. As water turns to ice, there is increase in volume. If there is a large amount of moisture in food, as the tissue water becomes ice, tissue structure may disintegrate and upon thawing, the original shape may not be regained. For example, fruit pieces after frozen storage, when thawed may become mushy or too soft. Hence fruits are not normally frozen.

As lowering the temperature slows down biochemical and microbial changes, foods retain their quality both in terms of sensory as well as nutritive values. Even through some losses are seen in preliminary steps prior to the freezing process due to blanching etc. overall the frozen stored foods have the same quality as compared to fresh foods.

When you have a garden in your backyard and you freshly harvest vegetables and cook them you will probably get the best quality not matched by frozen vegetables. However, when vegetables are to be grown in fields far away from cities and transported for hundreds of kilometers to markets and may sit in godowns or warehouses for many hours if not days, then their nutritive and sensory values are lost to a great extent. They are called fresh only because they are raw and not processed. They are even harvested before they reach the peak of their quality because then they are harder and can withstand the mechanical damage of transport and storage. 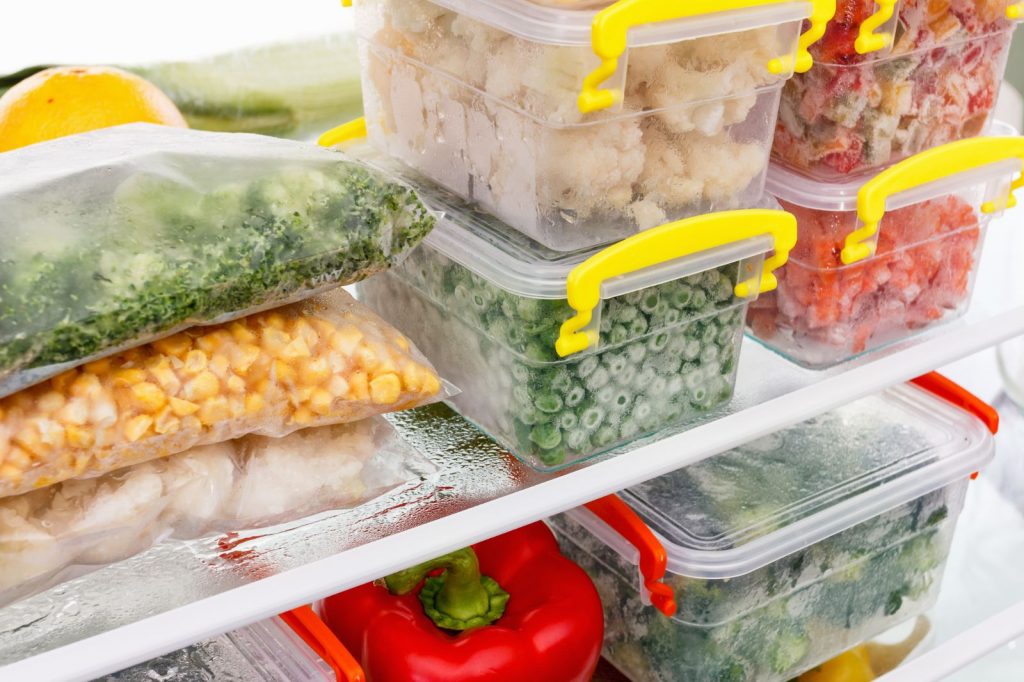 Vegetables when harvested are at their peak quality and there is a small loss of vitamins due to preliminary treatments. However, according to scientists at the University of California, Davis found that vitamin C of fruits and vegetables studied was higher in frozen samples in some while others showed no difference. Similar observations were made in case of riboflavin, alpha tocopherol and beta carotene. 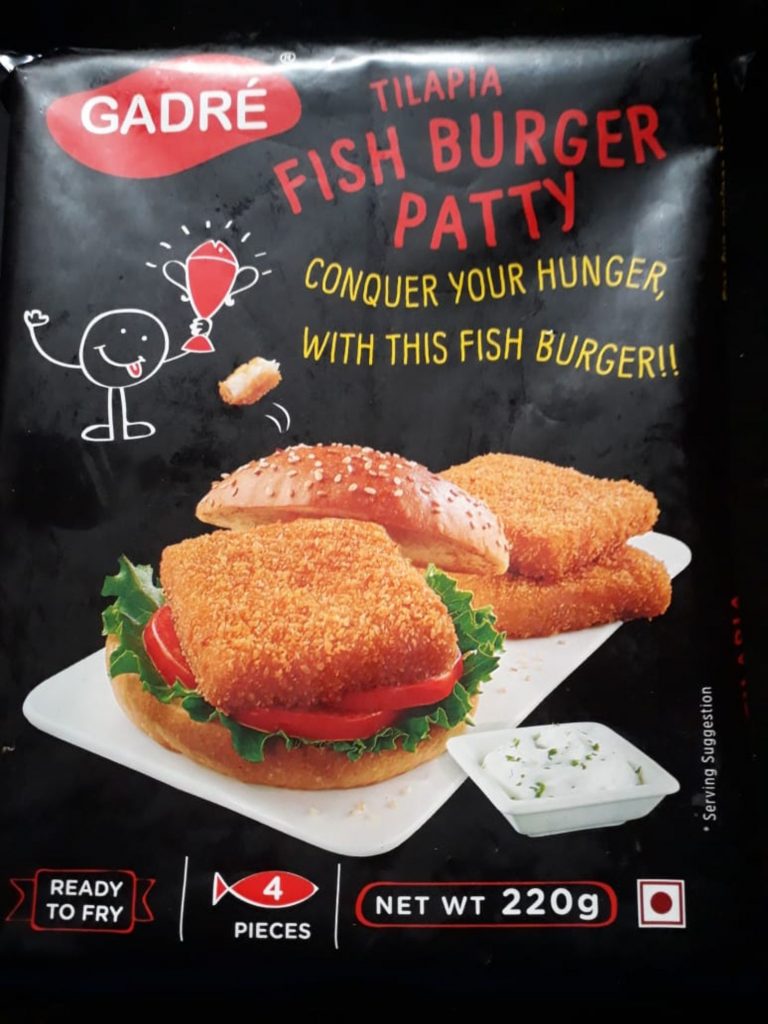 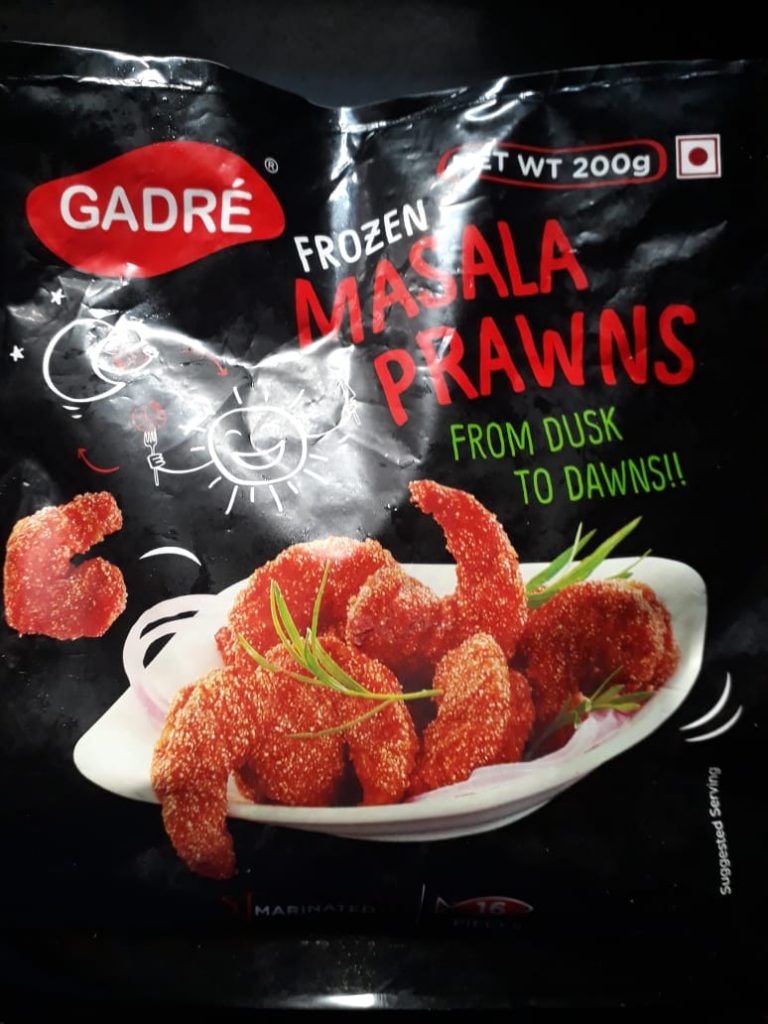 When in season, fruits and vegetables are inexpensive, but when their season is over they become quite expensive. Similar variations are seen when farmers get bumper crop while prices crash while when crop is not good prices shoot. This sudden change can adversely affect farmers as well as consumers economically. Frozen foods are produced in large quantities when the crop is excellent and this can last for several months so it can smoothen the ups and downs of the market. Also when agricultural produce is processed, most of the waste remains near the factory which is usually situated near farms and that could be used for animal food. Cities where only edible portions go, the waste generated is much less. 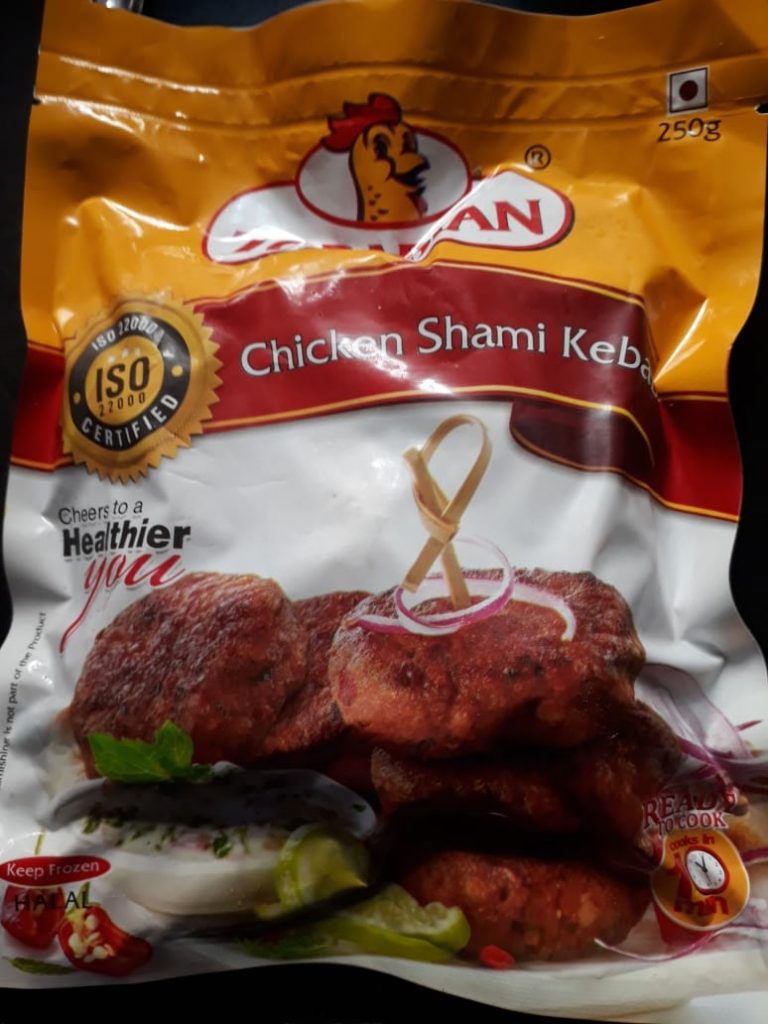 India did not have a good cold chain for many decades. Now that it is getting better, food is chilled after harvest and stored till processed into frozen food and then transported while frozen in refrigerated trucks or trains. Market places also have adequate cold facility and consumers also have freezers to store them till consumption so the chain is more complete now for better utilisation of frozen foods with better quality retention. 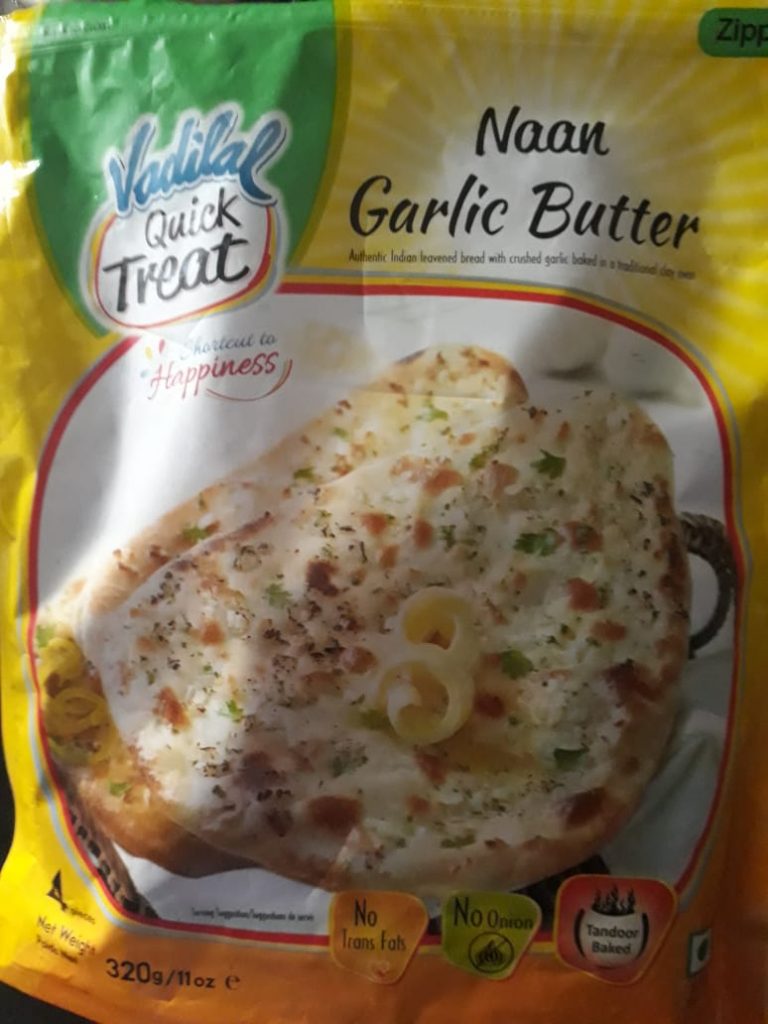 Originally frozen foods were marketed as high quality frozen ingredients such as fruits, vegetables, meats, fish and others. There was also demand from consumers for some convenience so there were products which were sectioned and seasoned with some other ingredients. These were all products that were basically preserved high quality ingredients that were as good as fresh in sensory and nutritive quality. However, there are also many products that were almost finished and ready to just heat and eat. Some products were also made partially so they needed final cooking or baking or frying such as parathas, samosas, french fries, pizzas, etc. The epitome of the convenience was the TV dinners which has all portions of dinners including vegetable, bread, meat, dessert etc. The latter products are marketed more from convenience point rather than quality or nutrition point. 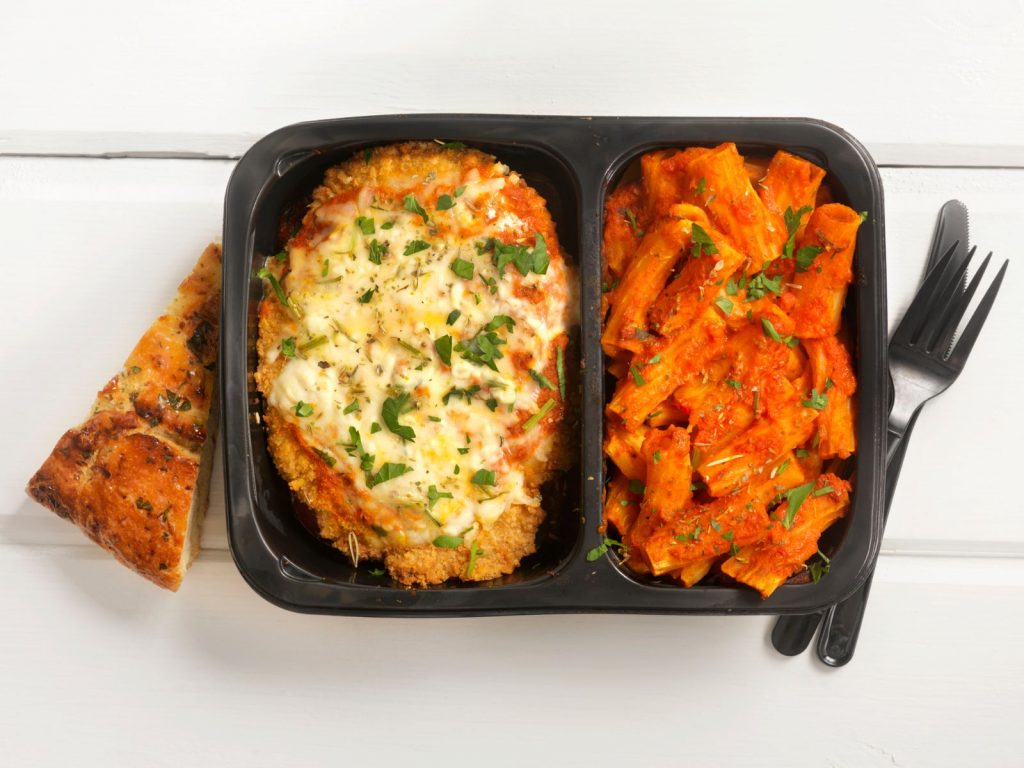